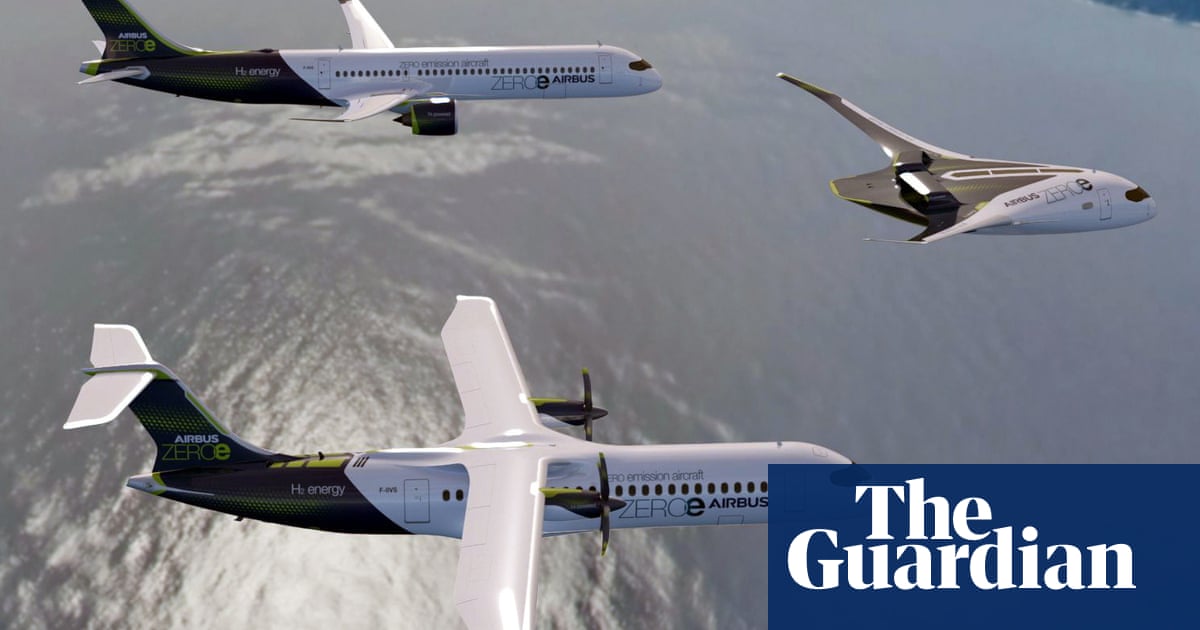 Airbus has announced plans for the world’s first zero-emission commercial aircraft models that run on hydrogen and could take to the skies by 2035.

The European aviation company revealed three different aircraft concepts that would be put through their paces to find the most efficient way to travel long distances by plane without producing the greenhouse gas emissions responsible for global heating.

UK holidaymakers and business travellers could fly from London to the Canary Islands, Athens or eastern Europe without producing carbon emissions, should the plans become a commercial reality.

Guillaume Faury, the Airbus chief executive, said the “historic moment for the commercial aviation sector” marks the “most important transition this industry has ever seen”.

“The concepts we unveil today offer the world a glimpse of our ambition to drive a bold vision for the future of zero-emission flight. I strongly believe that the use of hydrogen – both in synthetic fuels and as a primary power source for commercial aircraft – has the potential to significantly reduce aviation’s climate impact,” he said.

All three of the aircraft concepts rely on hydrogen as a fuel because the only emissions produced when it is burned is water vapour, making it a clean fuel option for heavy vehicles such as planes, trains and trucks.

The first of the Airbus concepts could carry between 120 and 200 passengers more than 2,000 nautical miles by using a turbofan design that includes a modified gas-turbine engine running on hydrogen, rather than jet fuel, which could be stored in tanks located behind the plane’s rear pressure bulkhead.

The second concept, a turboprop design, would also use a modified gas engine but could carry up to 100 passengers for 1,000 nautical miles on short-haul trips.

The aviation giant’s plans also include a plane with an “exceptionally wide” body that blends into the plane’s wings to open up multiple options for hydrogen storage and the cabin layout. This plane could carry as many passengers as the turbofan design and travel as far too.

Faury said the design options would help the aircraft maker mature plans for what would become “the world’s first climate-neutral, zero-emission commercial aircraft”, which it planned to have in service by 2035. Huge investment in infrastructure would be required to make hydrogen planes a reality, he said.

“The transition to hydrogen, as the primary power source for these concept planes, will require decisive action from the entire aviation ecosystem. Together with the support from government and industrial partners we can rise up to this challenge to scale up renewable energy and hydrogen for the sustainable future of the aviation industry,” he added.

In the decades ahead, the shift from traditional fossil fuel gas to hydrogen is expected to help shrink the carbon footprint of the transport sector, as well as heavy industry and even home heating and cooking hobs, as governments attempt to build carbon neutral economies.

The promise of a low-carbon economy has triggered plans to upgrade existing gas infrastructure to use hydrogen, and to produce the gas in a sustainable way.

Hydrogen can be made by splitting water into hydrogen and oxygen particles using an electrolyser machine powered by renewable electricity, or even nuclear energy. But it can also be made from fossil fuel gas in a process that releases carbon dioxide into the atmosphere, meaning it would not be a clean energy source without using carbon capture technology during the process.

Aaron Boone Taking Leave of Absence to Get Pacemaker

Taylor Swift Called Out Netflix And Its New Show “Ginny & Georgia” For Its...

Can Dhoni lead CSK to their fourth IPL title?