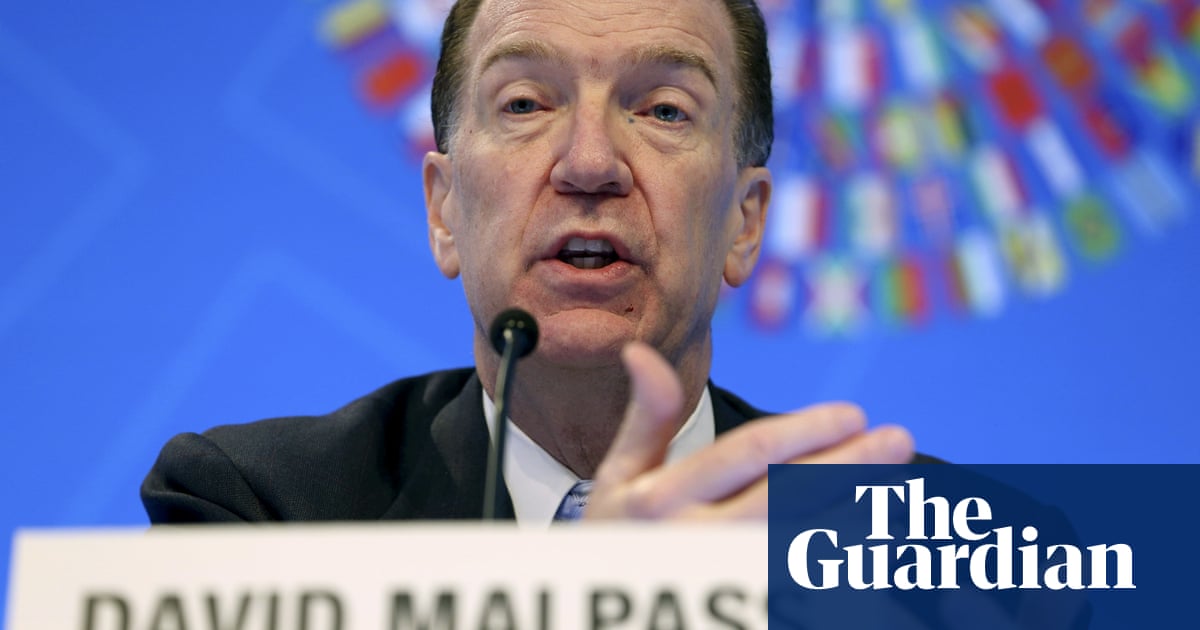 Serious capacity constraints on vaccination programmes pose the biggest threat to the ambitious goal that all 7 billion people across the globe be offered Covid-19 protection within a year, the World Bank’s president has said.

In an interview with the Guardian, David Malpass said delivery systems in poor countries and the fact that so many vaccines were going to rich countries were more important factors than money in ensuring success.

Malpass said beating the pandemic required all countries to be immunised and that the global community should already be preparing for the next crisis.

“One goal the world should have is to prepare for future disasters, other pandemics that will require vaccine systems, and both manufacturing and delivery capacity. I do not expect this to be the only crisis of global proportions.

“Let’s look ahead. We both need to resolve this crisis and that takes urgency and capacity, but we also need to make the investments that will pay off over the next decade and the next 50 years.”

Last week the G7 committed an extra $7.5bn to pay for vaccine doses for developing countries. Malpass said the World Bank, which lends to developing nations, would have programmes running in 12 countries by the end of March.

“It is not a shortage of money, but supply constraints that are the problem,” Malpass said. “So much capacity is taken up by advanced countries, while poorer countries have made less progress in signing contracts with manufacturers.”

An increase in the number of available vaccines would help, Malpass said, but there also needed to be action in poor countries to tackle logistical bottlenecks, to expand healthcare delivery systems, and to develop communication strategies to prepare people for vaccine programmes.

“I am hopeful those who want to be vaccinated will have that opportunity over the next year,” the World Bank president said.

Malpass said there was a need to accelerate progress on debt relief so that poor countries had more financial firepower to tackle the pandemic.

“We need to broaden the definition of sustainable debt and base it on the ability to provide basic healthcare, education and investments in climate. Resources should be going to things that build for the future. If too big a proportion is going to creditors, that undermines sustainability,” he said, urging public and private creditors to sign up to a global debt relief initiative.

Malpass said there was a “disconnect” between what leaders said they wanted and what was achievable in a system that lacked a bankruptcy mechanism for heavily indebted countries and a means for “unsustainable debt to be become sustainable”.

Interest rates had come down globally, but the “low for long” environment was not reflected in the borrowing costs facing poor countries on their debts, he said.

Many debt contracts lacked transparency, he added. “People signing contracts on both sides have somewhat different interests from the people who end up paying for them.”

What to Know About California’s Covid-19 Relief

Where to Watch Golden Globe 2021 Nominated Movies and Shows

This is when you can go on vacation again

The $1.9 Trillion Question in the Senate