An Indonesian fisherman claims he caught a shark with ‘Jaws’-dropping human features — making it a dead-ringer for the famous cartoon character.

Abdullah Nuren, 48, told local media that he and his brother accidentally caught a pregnant shark in their nets off Pepela Saturday, finding three pups when they cut her open.

“Two were like the mother and this one looked like it had a human face,” he told reporters, according to local outlet VIVA.

Images show large human-like eyes as well as an expressive mouth on the dead pup that is smaller than a human hand.

“My home has been crowded with people who want to see the shark,” Nuren reportedly said of the creature that looks strikingly like the character from “Baby Shark Dance,” which has now been viewed more than 8 billion times.

“Many people want to buy it, but I will preserve it instead. I think it will bring me good luck,” he said, according to DailyMail.com. 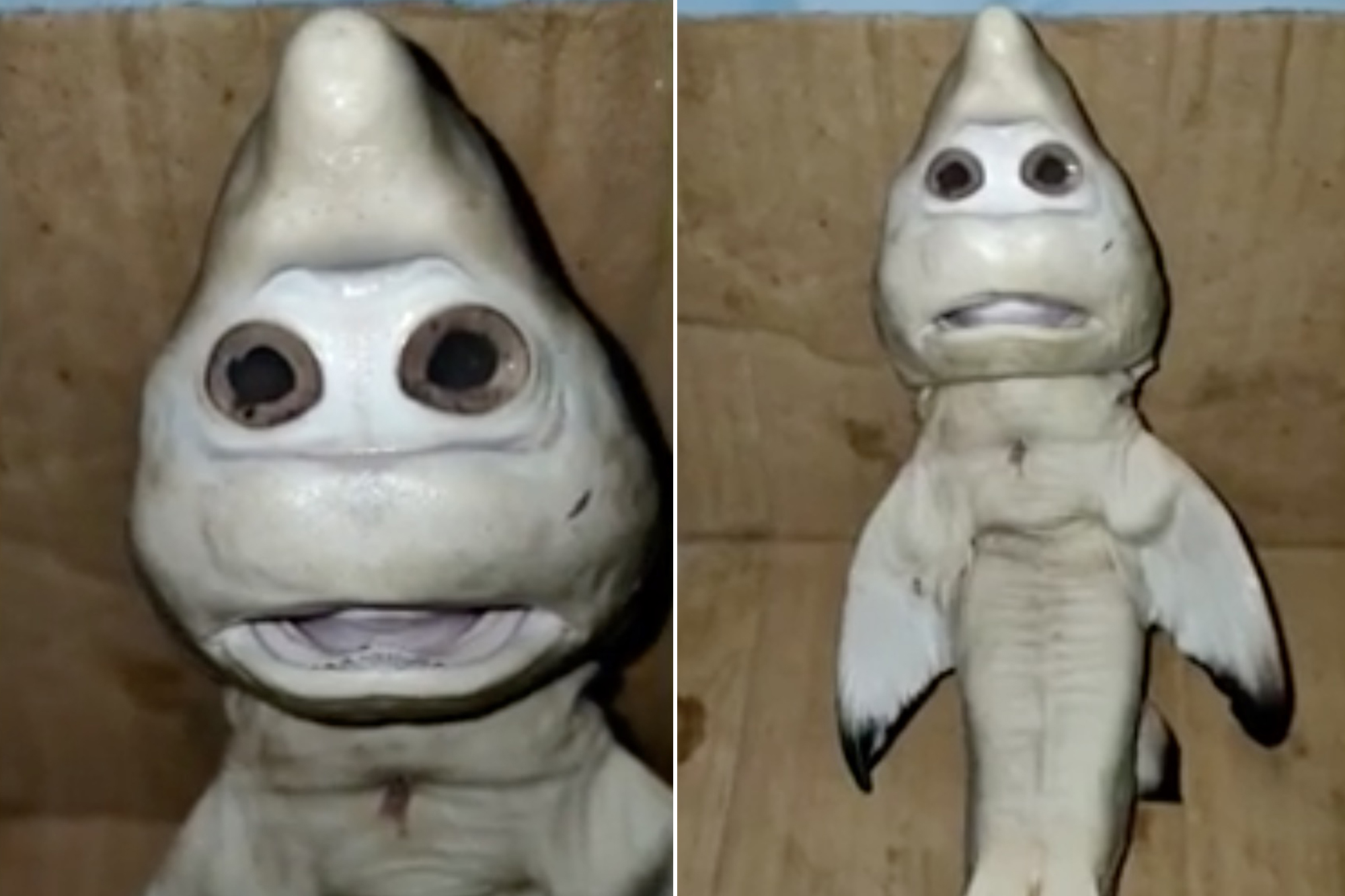 When an Actor Calls With a Poem to Share

Watch out of control boat smashing into docks

When the Romance Ends, but the Brand Goes On