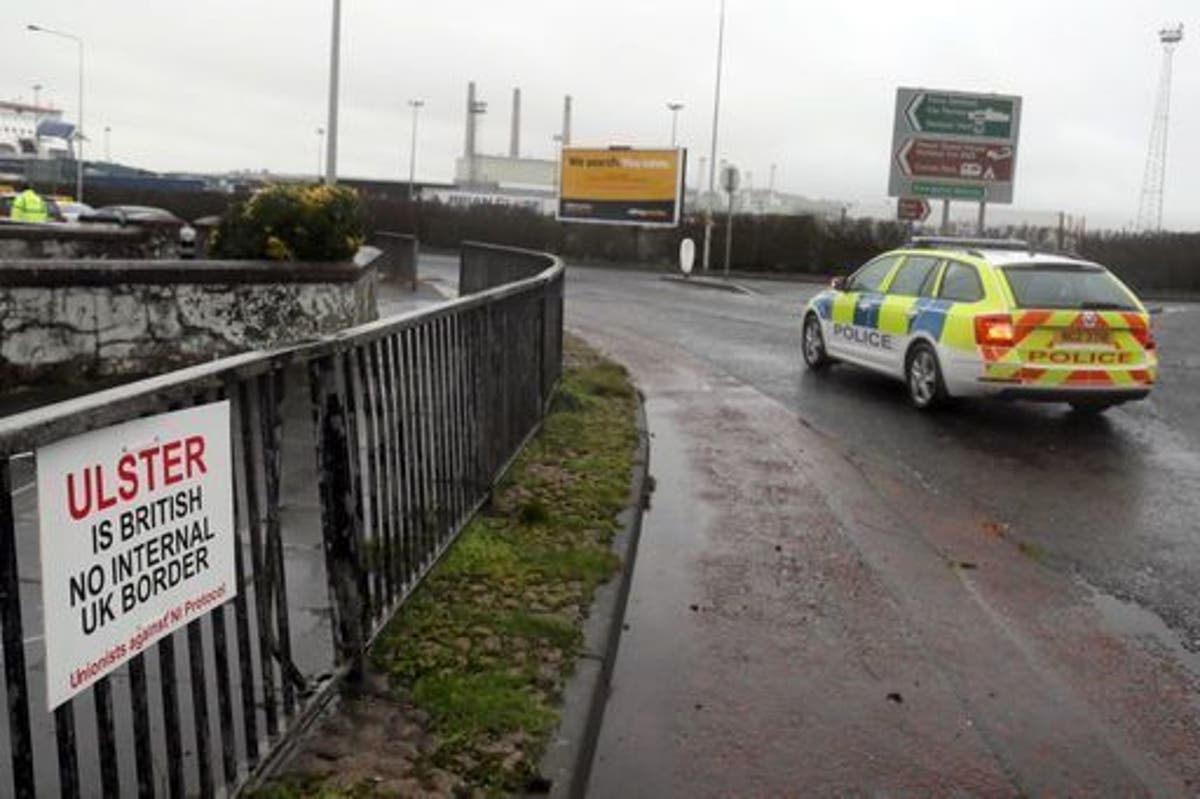 Northern Ireland‘s post-Brexit trading arrangements – a set of rules referred to as the Northern Ireland protocol – will be debated by MPs in the House of Commons on Monday.

The debate was triggered by an online petition launched by the Brexit-supporting DUP earlier this month, as part of its campaign to have the protocol scrapped.

But what is the Northern Ireland protocol all about?

The NI protocol was agreed as part of the Brexit deal as a solution to protect the Good Friday Agreement by avoiding a hard border on the island of Ireland.

To allow goods to move freely between NI and the Republic of Ireland and avoid that hard border, NI remained in the EU’s single market for goods.

But NI also stayed in GB’s market too because it is still part of the UK.

And because the UK and the EU now follow different customs rules, there needed to be a border somewhere on the island of Ireland.

As a solution, the UK and EU government agreed to a deal that would see customs checks at NI’s ports, creating a de facto border down the Irish Sea, which is now commonly referred to as the ‘Irish Sea border’.

Why are the DUP and unionists not happy with the new arrangements?

There has been some disruption to trade because checks are required on some goods entering NI from GB and vice versa.

This is because the UK no longer follows EU customs rules, while NI continues to do so.

The most onerous checks are on animal and plant-based products because the UK and EU follow different standards on these items.

The full range of checks has not yet been implemented with a number of grace periods still running.

This disruption to trade has angered the unionist community. But perhaps more importantly, unionists believe the new arrangement has cut NI adrift from the rest of the UK.

Unionists, who define themselves as British, say the protocol poses an existential threat to NI’s constitutional status within the UK.

Article 16 is a technical term given to a Brexit clause that allows the UK and the EU to suspend any part of the agreement that causes “economic, societal or environmental difficulties”.

The DUP say the Irish Sea border ticks those boxes and is therefore calling on Mr Johnson to trigger the clause to remove elements of the protocol.

The prime minister has previously said he would consider triggering Article 16. But neither he nor the DUP has set out what would replace the protocol.

Legal challenge to the protocol

On 21 February DUP leader Arlene Foster and her MPs announced they are launching a legal action challenging the protocol.

They said they are joining other unionists from across the UK in judicial review proceedings unless alternative post-Brexit trade arrangements are put in place that secures their consent.

Unionists have argued that the protocol undermines the Act of Union and the Northern Ireland Act, which gives legislative effect to the 1998 Good Friday/Belfast agreement, which established devolved powersharing.

One in four women saw ‘income plummet in last year’

14 Differences Between The “Moxie” Book And Movie Adaption