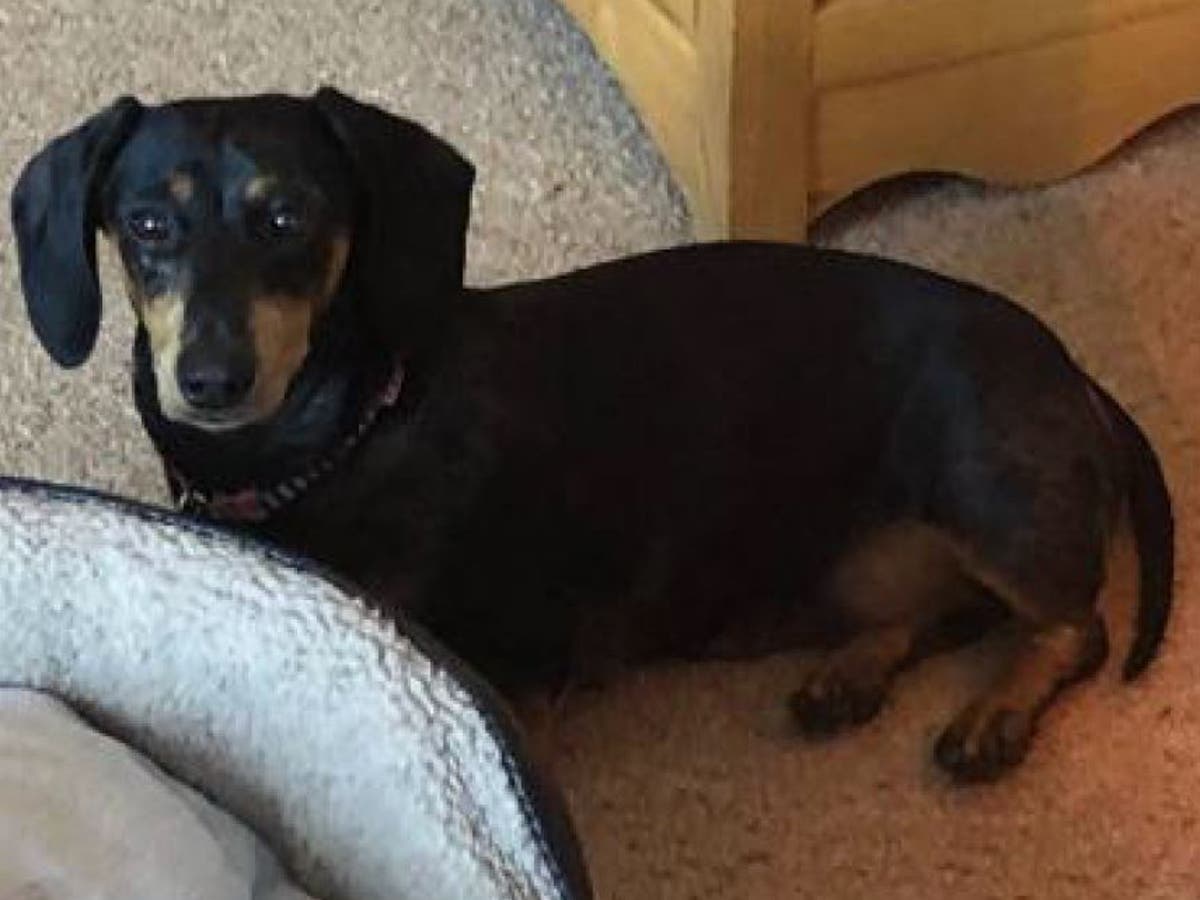 A dog owner was attacked by thieves who stole her pet dachshund while she was out walking.

Joanna Fox was approached by two men in Woodville, Derbyshire on Sunday evening, one of whom was masked,

The 50-year-old told the BBC that one of them men pushed her to the floor and grabbed her two-year-old dachshund, Minnie. The other man held his fist to her face.

“A man who was masked pushed me and I fell on the ground,” Ms Fox said. “The tall man was yanking the lead and the short one was hovering above me as if to hit my face.

She added that “the look on the short man’s face was a look of hate.”

Derbyshire Police have released an image of a man and asked anyone with information to get in touch.

They said the men left with the dog in a black Ford Mondeo with a registration beginning YG60.

The car was heading in the direction of Albert Village, they said.

Inspector Chris Thornhill, who leads the policing in south Derbyshire, said: “Incidents such as this are, thankfully, very rare in Derbyshire. However, I am very aware of the impact that these crimes have on victims and how worried fellow dog owners will be hearing this news.

“Patrols have been stepped up in the area and you may see an increased police presence in the coming days. I would urge anyone with information, or concerns, to speak to them.’

He said: “My mum wouldn’t usually walk that route, so they were just driving around the area looking for victims when they found the perfect opportunity.

“They saw my mum and the dog and decided to attack them.

“She is physically and mentally hurting.

“She has cuts and bruises on her neck and wrists.

“She wants the dog back more than anything and we won’t stop until we find her.”

Dog thefts have been on the rise since the onset of the pandemic.

Daya Naya, four other cops shunted out of Mum