As Joe Biden nears the end of his first 100 days, we can attest to the truth of Yogi Berra’s dictum that “you can learn a lot by watching.”

Americans have watched and learned that No. 46 set out to be the polar opposite of No. 45, and is succeeding wildly. From border enforcement to Iran to taxes and so much more, Biden is defining himself as the ultimate NeverTrumper.

If Trump was for it, Biden is against it. Everything else is detail.

Not surprisingly, the approach is proving to be popular with his own party and the left writ large. But there are exceptions, with a recent poll showing the president’s handling of the border crisis he created winning approval from just 29 percent of the country. Ouch.

That was predictable, given the cruel realities of life in Central America and Biden’s thoughtless pander that he would be more welcoming than Trump. The human traffickers and cartels accepted the invitation and are getting rich thanks to Uncle Sap.

But the pitfalls of a simple-minded presidency in a complex world are not limited to wrongheaded individual policies.

One of those pitfalls involves the emerging personality of the presidency and the ways it is expressing its core to the country and world. The early evidence reveals that Biden is an extremely weak leader.

In fact, he looks more and more like a follower.

Some of this impression stems from the president’s halting gait and erratic speech patterns. He’s 78 and often appears to be 88. His decision to always wear a mask, despite being vaccinated and surrounded by others who are vaccinated, adds to the sense of frailty.

But his weakness isn’t just about appearances, as a Friday incident shows. As soon as the White House said Biden would keep Trump’s cap on refugees at 15,000, Democrats and activists angrily reminded him he called the number cruel during the campaign and promised to raise it to 125,000.

Within hours, the White House surrendered and reversed the decision. The president, officials said, would issue a new number next month.

Chalk that up as a win for the mob and a lesson about who’s the boss.

It’s not the only example of how Biden is following his party instead of leading it. His big initiatives are at odds with everything about his nearly 50 years in Washington. The combined $4 trillion COVID stimulus and infrastructure bills are so stuffed with progressive pork-barrel spending that Trump’s charge that Biden is a Trojan horse for the far left looks increasingly spot on.

The president’s misleading claim that Georgia’s voting law is “Jim Crow on steroids” was sensationally inflammatory, as was his support for pulling baseball’s All-Star Game out of Atlanta. Presidents don’t usually back boycotts of a state, especially one that supported him in the election and sent two Dems to the Senate.

Extreme wokeness is a form of weakness and, in Biden’s case, is not limited to domestic issues. His first moves in foreign relations are worrisome and dangerous.

He is begging Iran to rejoin the nuclear deal that Trump scuttled and is so desperate to woo the mad mullahs that he is urging Israeli officials to stop criticizing Iran. According to the Jerusalem Post, Biden’s team fears Israeli chatter, including about the attack on Iran’s nuclear-enrichment facility, is making it more difficult to get the Iranians back to negotiations.

So here we have a terrible policy idea compounded by cringing weakness. Oy.

The other huge foreign-policy fronts are China and Russia, and a similar pattern is visible. So much so that I have this recurring sensation: One day we will wake up to learn China seized Taiwan and Russia invaded Ukraine.

Thankfully, we’re not there yet, but Presidents Xi Jinping and Vladimir Putin are testing Biden. In both cases, he was caught off guard.

In the first high-level meeting, a Chinese official publicly lectured US diplomats for nearly 20 minutes in a speech scheduled to last two minutes. Secretary of State Tony Blinken’s fumbling response, including an admission that “we make mistakes,” highlighted the difference between China’s self-confident, aggressive posture and America’s appeasing lack of conviction.

Alas, the Chinese lecture about America’s problems was mild compared to a screed from Biden’s United Nations ambassador. Linda Thomas-Greenfield, in a speech to Al Sharpton’s National Action Network, was actually more vicious.

“I have seen for myself how the original sin of slavery weaved white supremacy into our founding documents and principles,” she said. “It’s the white supremacy that led to the senseless killings of George Floyd, Breonna Taylor, Ahmaud Arbery and so many other black Americans.

“It’s the spike in hate crimes over the past three years — against Latino Americans, Sikh and Muslim Americans, Jewish Americans and immigrants. And it’s the bullying, discrimination, brutality and violence that Asian Americans face every day, especially since the outbreak of COVID-19.”

It is an understatement to say Thomas-Greenfield is an odd choice to represent our nation at the UN. Turtle Bay already boils over with anti-Americanism and doesn’t need any help from the home team.

As for Russia, Putin’s rejection of Biden’s offer for a summit was a global-scale put-down. It was amateurish of Biden to pop the question in a phone call without knowing the answer. And what did he expect since he had just slapped sanctions on nearly 40 Russians and expelled 10 diplomats over alleged cyberintrusion and election interference?

But Russia’s strongman didn’t just say nyet to a summit — he closed the entry to the Black Sea that two American warships were headed toward. Two destroyers, the USS Roosevelt and the USS Donald Cook, had been ordered there after fighting intensified between Ukrainian forces and Russian-backed separatists. Russia also massed forces near the Ukraine border.

“We have no desire to be in an escalating war with Russia,” a Biden aide told reporters to explain the ships’ retreat.

Nobody wants war with Russia, but Putin, Xi and other autocrats have a nose for smelling weakness. Unfortunately, that’s the distinct odor they’re getting from Biden.

Reader Larry Penner, a former federal railroad official, has an idea about subway crime. He writes: “Many Long Island Rail Road commuters also utilize the subways and are concerned about increased criminal activity. This needs to be dealt with if the MTA wants to see a return to pre-COVID-19 ridership. Why not go back to the days when a transit police officer was assigned to ride each train and others patrolled subway stations?”

HEADLINE: ‘In the Earth’ Is First Must-See COVID Horror Film

No thanks. Real life has provided more than enough horror.

From The Post: “Hunter Biden’s newly released autobiography has tanked in its first week of sales despite heavy media promotion of its sex-and-drugs content — and glowing praise from his father.” 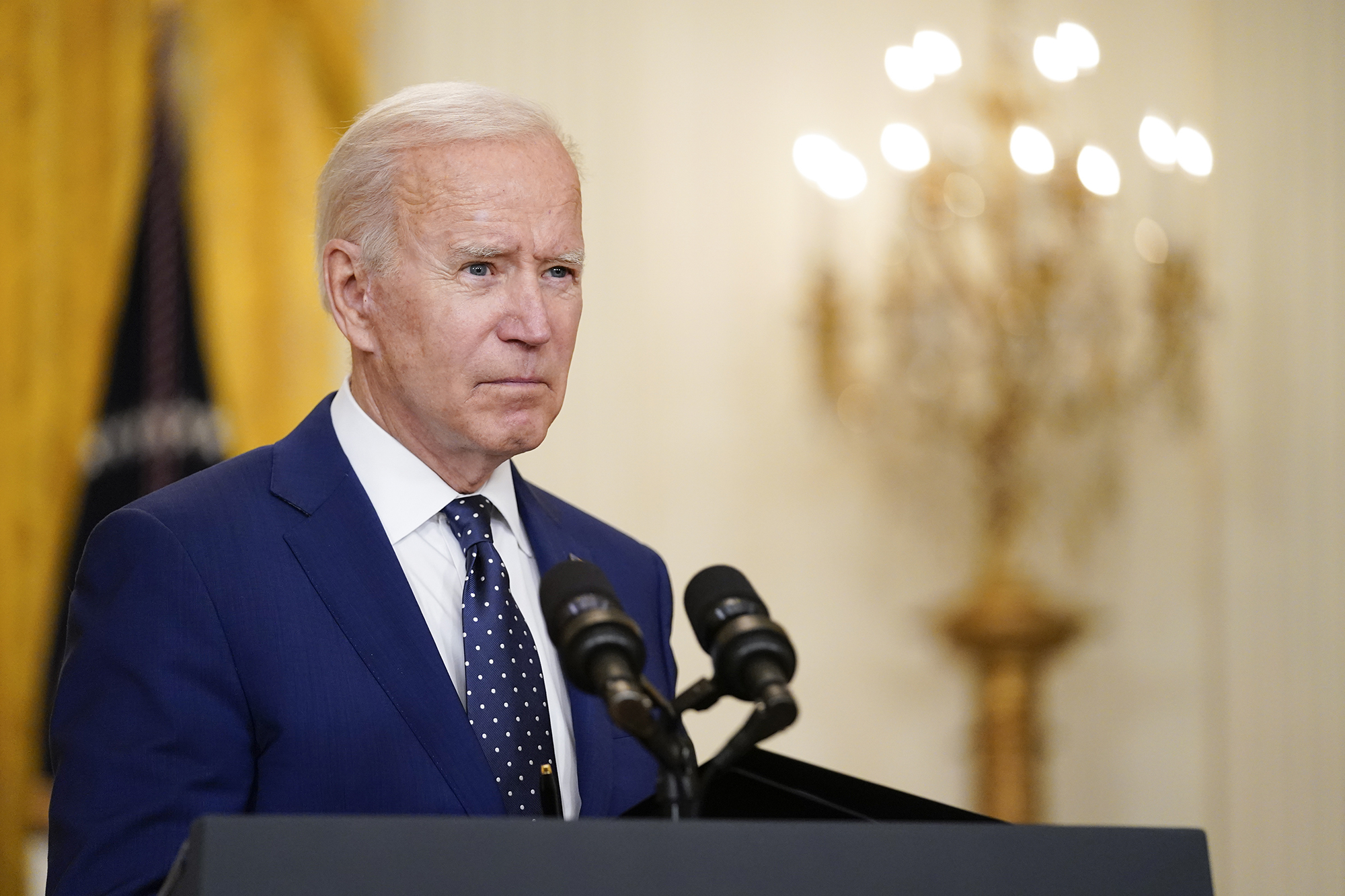 All the details on Adele’s tie-dye birthday dress

Why Ellen DeGeneres is living with Courteney Cox

How Do I Keep My Parents From Moving In With Us?

Four Sikhs Were Killed In The FedEx Facility Shooting, And Leaders Say That’s Not...

Madison Beer Asked People To “Be Nice” After Tweeting That She...