This is an excerpt from Please Like Me, BuzzFeed News’ newsletter about how influencers are battling for your attention. You can sign up here.

Taza’s book is only as deep as an Instagram caption

In her newly released first book A Coat of Yellow Paint, Naomi Davis, aka the wildly popular parenting blogger Taza, had a huge chance to show readers a different side of herself and get real about what it is really like raising five kids under the scrutiny of social media.

Unfortunately, the book is only surface-level, with so little insight into Naomi’s actual life that I am struggling to understand why she wrote it in the first place.

I had anticipated reading this book for months. Not only have I followed Naomi and her career for years (she started blogging in 2007), but I also extensively covered one of the biggest hurdles she has had to overcome. Last March, Naomi got branded, fairly or unfairly, as a selfish and out-of-touch example of everything wrong with influencer culture when she and her family left New York City in the middle of the city’s intensely scary COVID-19 outbreak.

Not only did her choice, and subsequent sharing on social media, enrage some of her fans, but it also caught the attention of mainstream media like the New York Post, which called her a “runaway blogger.” Besides a brief apology at the time, Naomi has never addressed the incident or the impact it has had on her public perception and career. The family has since relocated to Arizona, a huge change for a mom who once made living in Manhattan a core part of her brand, but Naomi has never fully explained that decision either.

Many followers, myself included, wondered if Naomi would use the book, published about a year later, to offer insight and reflection on this incident. Besides that though, I also had hoped to get insight into Naomi’s life as an OG blogger. Influencer memoirs are rare, and few have revealed in detail what it is actually like to make your family into a brand that can support all of you financially. I was excited to see what Naomi would share, in a memoir that promised to contain “all-new intimate and vulnerable essays” about her personal life.

I am pretty disappointed in what the book actually contains. Rather than get real and vulnerable with her readers, Naomi glosses over her life and feelings to such an extent that it genuinely leaves me confused as to who this book is for. The chapters are extremely short, barely a dozen pages long each, and the content is similarly sparse. The most maddening part is that Naomi actually does have good ideas for each chapter, and she explores some interesting topics. However, once she introduces them, she essentially cuts herself off from finishing the thought, abruptly ending each chapter with some version of “You can do it, mama!” or “Then I learned to believe in myself!” or another platitude.

Take one chapter, entitled “She’s Getting Married.” In it, Naomi describes the judgment and reactions she faced from her peers and teachers at Juilliard when, at age 20 and in the middle of studies for her dance degree, she decided to get married. She explains how judged she felt (she was apparently told multiple times she was the only woman to ever get married in the middle of the prestigious dance program) by professors who thought she was throwing all her hard work and talent away. I would have loved to hear more about how Naomi felt preparing for studying at Juilliard her whole life, only to realize maybe that it wasn’t fulfilling all along (she alludes to feeling “burnout” from dance, but doesn’t elaborate).

In the end, Naomi says, she solved this problem by just deciding she doesn’t care what people think. In fact, she writes, that’s what her husband, Josh, says when she worries about how people judge her choices: “Who cares?” So she decided not to care, she writes, ending the chapter. She applies this philosophy to several more issues in her life, writing essentially the same conclusion to other challenges she has faced like feeling judged for doing IVF in her early twenties, breastfeeding in public, and getting mean comments online. Come on, Naomi, that’s it? I’m sure it took more than just changing your mindset to get past these existential issues in your life.

Another disappointing aspect of the book is how little insight there is into Naomi’s blog and career. Josh quit his job in finance to help her run the blog — she discusses this but never shares what doing it was actually like. How fascinating would it be to get a real accounting of launching an influencer career with your husband in the mid-2010s? Instead, Naomi shares one paragraph about their journey, saying they have argued and they have sometimes “failed.” But ultimately, it was worth it. What? At this point, I’m annoyed. Why tease us with these interesting topics if you won’t explore them?

Readers seeking any juicy tea about why the family left the city, which was such a big part of their brand that it was almost like a fifth character (or eighth in this case) à la Sex and the City, will also be disappointed. What’s even more annoying is Naomi devotes an entire chapter to her experiences in spring 2020 dealing with the COVID-19 pandemic, but doesn’t explain or explore any of the huge changes that happened in her life in this period. Instead, she writes about how she felt sad and uncertain during lockdown. But, she concludes, her kids make her happy when she is sad. !?!?!?!?!!??!!?!?!

I think it’s important to note that I am not writing this as a hater, but as someone who is genuinely interested in Naomi’s insights. I guess that’s why I am so disappointed. She had such potential here to really write the definitive memoir on what it has been like to be one of the pioneers of parenting influencer culture. But she won’t truly open up about any of it, so the book falls completely flat.

I resent anytime I have to learn about another make-believe cryptocurrency, but for the sake of viral internet history, I tried my best this week.

Chris Crocker recently announced they were selling their iconic 2007 “Leave Britney Alone” video as an NFT, or non-fungible token. NFTs are essentially blockchain-based currencies that value and authenticate a piece of internet content. As this explainer put it, it’s like an art collection, except with minted digital art.

On Monday night, Crocker’s “Leave Britney Alone” NFT sold for over $41,000. As I’m still unpacking how to make sense of our real-life currencies and values (like market prices, stocks, bonds, etc.), I have no idea how to wrap my brain around how $41,000 in fantasy money for a YouTube video is a worthy investment. For further context (or maybe further galaxy brain explosion), the Nyan Cat meme sold for almost $600,000 USD this week.

I did, however, feel like Crocker’s auction of their video was worthy. Not monetarily, but maybe symbolically. The “Leave Britney Alone” video is not only a piece of internet history, but it’s also taken on new meaning in our current climate and in recent conversations about Britney Spears.

Crocker was a laughing stock in the late 2000s for tearfully defending the singer, pleading with the public to show her more grace, and comparing the situation to that of Anna Nicole Smith, who had recently died. Their video racked up millions of views within days, which broke viral records at the time. Crocker and their video existed before creators learned how to cash in and create entire careers by going viral.

Not only should Crocker be able to cash in in a major way today, but their recent NFT sale, to me, is a crucial reminder of how powerful and permeating these strange viral videos continue to be in our lives and in real-world scenarios. When the Britney Spears documentary came out, there was a widespread effort to atone for once mocking Crocker and their passionate pleas. “Chris Crocker was right and also deserves an apology from the media,” Twitter user @Michete tweeted in February.

So the news that the “Leave Britney Alone” video is valued at $41K today feels right and restorative. Crocker’s video aged well, and it aged to a point where it’s actually making more sense and more meaningful impact than ever before.

We owe Crocker an apology, and yes, maybe tens of thousands of dollars for it. 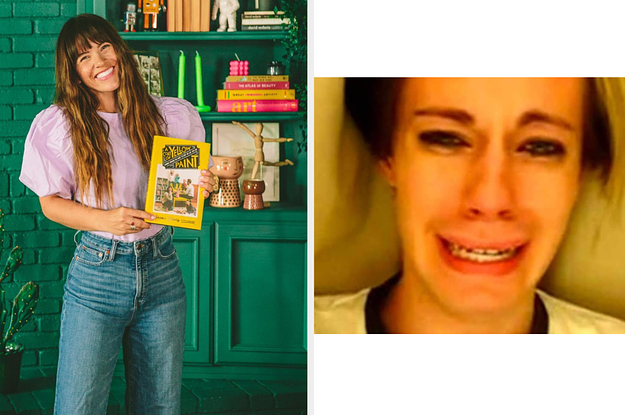 A New “Stranger Things” Season 4 Teaser Trailer Is Here, And Dr. Brenner Is Officially Back

Earliest known burial in Africa is that of a small, fragile child

How Hayne Plane came crashing down

‘BEDLAM’: Chaos as truck ploughs into pedestrians and driver flees the scene

The role of microfinance in building a resilient India