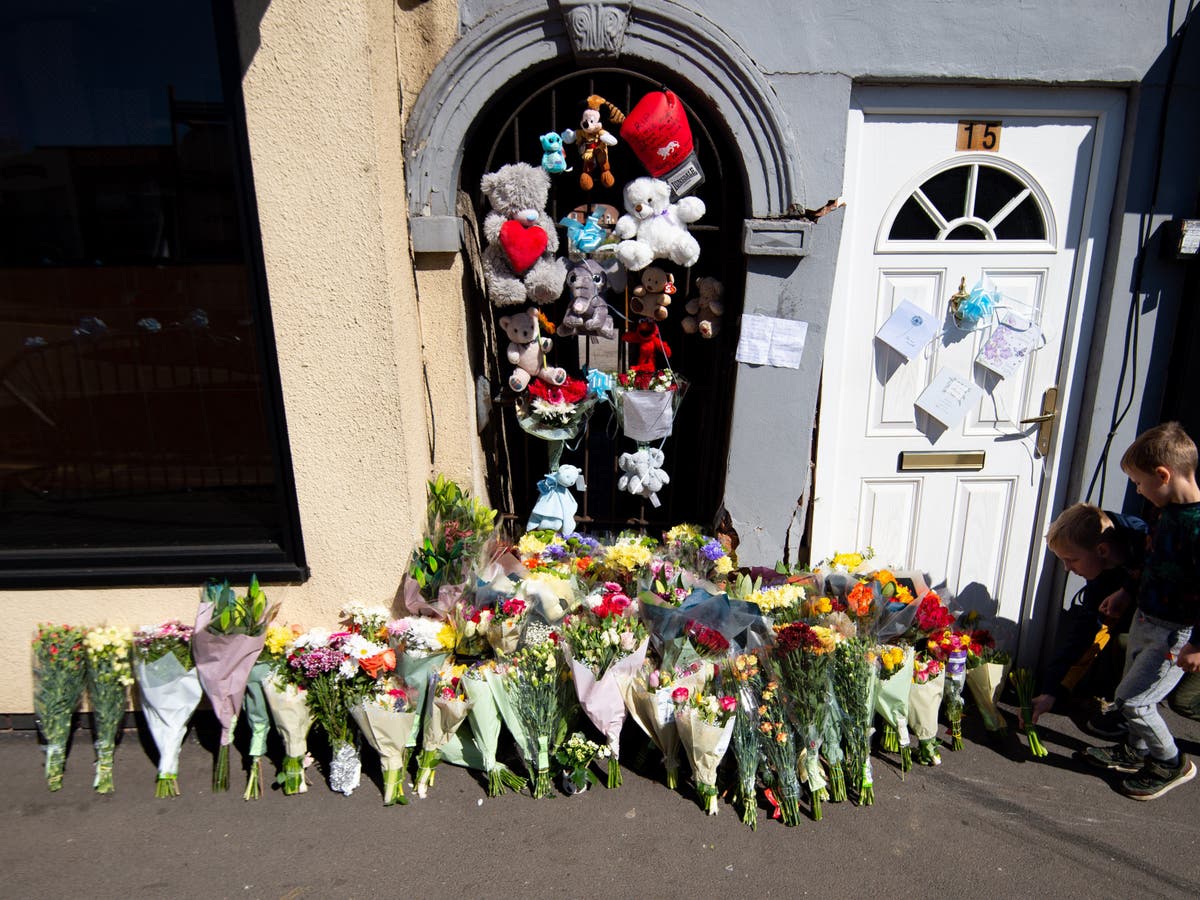 The parents of a two-week-old boy who died after his pram was hit by a car have paid tribute to their son.

Ciaran Leigh Morris was killed on Monday in the collision in the West Midlands town of Brownhills.

A BMW is understood to have been involved in a collision with another car before hitting Ciaran’s pram as he was being pushed along the pavement at around 4pm on Easter Sunday.

The infant suffered serious injuries and was rushed to hospital but West Midland Police said “nothing could be done to save him”.

“Mummy’s and Daddy’s hearts will always ache,” Ciaran’s parents said in a tribute on Monday. “We love you more than anything.”

They added: “We didn’t get to keep you for long but we are happy we had the chance to meet you, look after you and call you our son.

Flowers have also been left at the scene to pay tribute to Ciaran and pay respects to his family.

He faces further charges of failing to stop at the scene of a collision and failure to report a collision.

Davis, from Walsall, has been remanded in police custody to appear at Wolverhampton Magistrates Court on Tuesday morning.

Sergeant Mark Crozier, from West Midlands Police’s serious collision investigation unit urged people not to speculate but said what had happened was “tragic”.

He said: “We’ve all been left numb by the sad death of Ciaran. He was just two weeks old and his life has been tragically taken away.

“To see the loss of someone so young is difficult for us as officers, but we know the pain is even greater for Ciaran’s family.

“We’ll be doing all we can to support them while also trying to establish what happened leading to the collision.

“I would ask people to please respect the family at this sad time and allow them the privacy to grieve.”

Coinbase gets reference price of $250 per share from Nasdaq ahead of Wednesday’s direct...

Madison Beer Asked People To “Be Nice” After Tweeting That She...