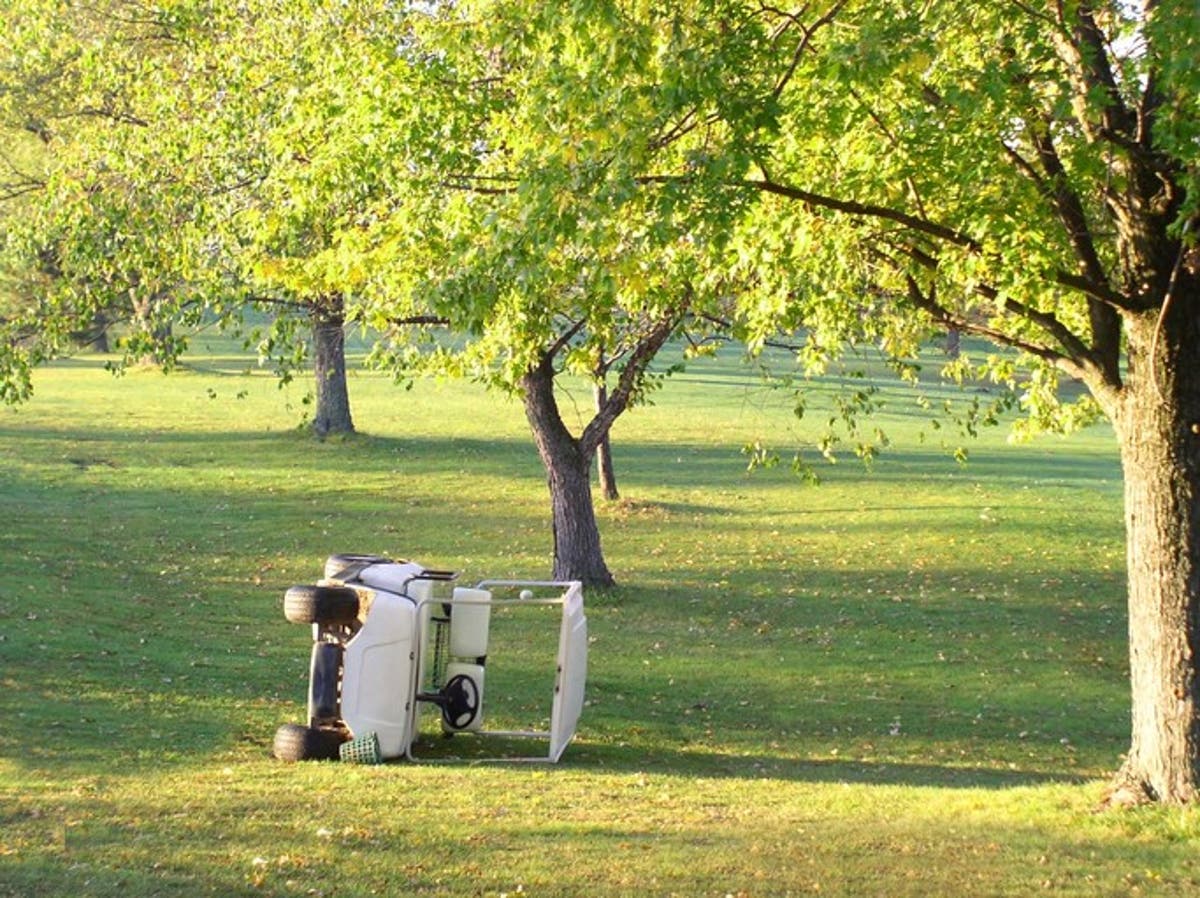 Ride-on lawnmowers, mobility scooters and golf buggies will not need motor insurance after the government scrapped a law set to be implemented across the EU.

Boris Johnson had previously described the union’s plans to extend compulsory coverage to such vehicles as “insane”.

Now, despite long-term work to implement the legislation here, the UK’s withdrawal from the block means the proposed law will be spiked on the prime minister’s say-so.

Other vehicles which will now avoid having to be insured under the so-called Vnuk legislation – named after a Slovenian farm hand who was hurt by a tractor trailer in 2014 – will be quad bikes used on private land.

Transport secretary Grant Shapps said on Saturday: “We have always disagreed with this over-the-top law that would only do one thing – hit the pockets of hard-working people up and down the country with an unnecessary hike in their car insurance.

“I am delighted to announce that we no longer need to implement it.

“Scrapping this rule would save the country billions of pounds and is part of a new and prosperous future for the UK outside the EU.”

He suggested that dropping the law would save an average £50 on annual insurance premiums for British drivers and stop the insurance industry being liable for an estimated £2bn.

In January 2017, Mr Johnson, then foreign secretary, wrote in The Daily Telegraph he believed there was “not even the shred of the beginnings of a case – in the United Kingdom – for this kind of pointless and expensive burden on millions of people”.

Errol Graham: Family of man who starved to death after benefits cut off lose High Court challenge against government

UN envoy: Myanmar army is ‘surprised’ at opposition to coup

The Boys spin-off series is in works

Nikola issues copyright takedowns against critics who use rolling-truck clip