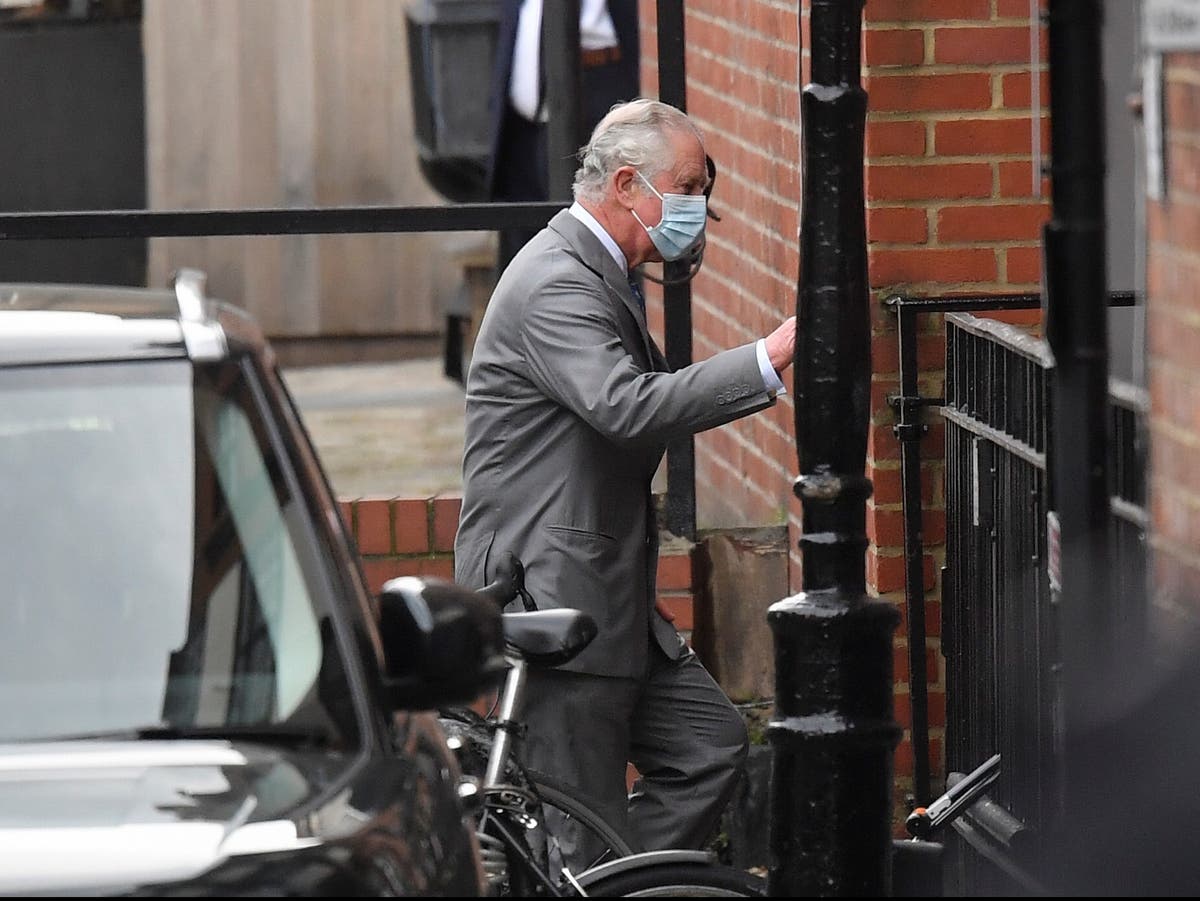 Prince Charles has visited his father the Duke of Edinburgh in hospital.

The Prince of Wales wore a face mask as he arrived at King Edward VII’s Hospital in London in a grey Tesla car at 3.20pm on Saturday. He left around half an hour later.

Charles is is the first member of the royal family to visit Philip during his four-night stay.

Phillip, who turns 100 on 10 June, was admitted on Tuesday evening as a precautionary measure after feeling unwell.

The duke walked unaided into the medical centre and Buckingham Palace has not disclosed the reason for his stay, although it is not coronavirus-related.

The hospital’s website says visits are only allowed in “exceptional circumstances” because of the coronavirus pandemic. It is understood the prince travelled from his home in Highgrove, Gloucestershire, to the hospital in central London, a journey of around 100 miles. However the regulations permit hospital visits by close family members and the palace said it had nothing to add to its previous statement on the duke’s admittance to hospital.

On Friday, sources told PA news agency: “Following consultation with his doctor the Duke of Edinburgh is likely to remain in hospital for observation and rest over the weekend and into next week.

“As we have said previously the doctor is acting with an abundance of caution. The duke remains in good spirits.”

Royal author Penny Junor told PA she did not know the reason for the visit but a\speculated it may have had something to do with Harry and Meghan’s decision not to return as working royals.

She said: “Momentous things are happening in the family at the moment and I suppose it’s perfectly possible that Charles wanted to go and talk to his father and reassure him about Harry.” Ms Junor also suggested that Philip would have regarded a “fuss”, adding: “We do all know he doesn’t like fuss.”

Outside the hospital Twanna Saleh, 10, from Camden, north London, wished the duke a “quick recovery” with a home-made sign.

Twanna said: “When I was little I used to have chemotherapy for five years and I felt sad for Philip so I wrote this letter so he can feel better. My sister helped me to draw the heart and the flower.”

Philip, who stepped down from official engagements in August 2017, spent four nights at the same hospital at the end of 2019 while being treated for a pre-existing condition.

Both he and Queen Elizabeth II, 94, received their first doses of a coronavirus vaccine in early January.

Charles spoke last year of not being able to see his father or his grandchildren, adding: “I’ve been doing the FaceTime, is all very well but… It isn’t the same, is it? You really want to give people a hug.”

Swarm of 20,000 earthquakes could trigger Iceland’s volcanoes to erupt

Delhi: Dancer invited to party in UP hotel, raped