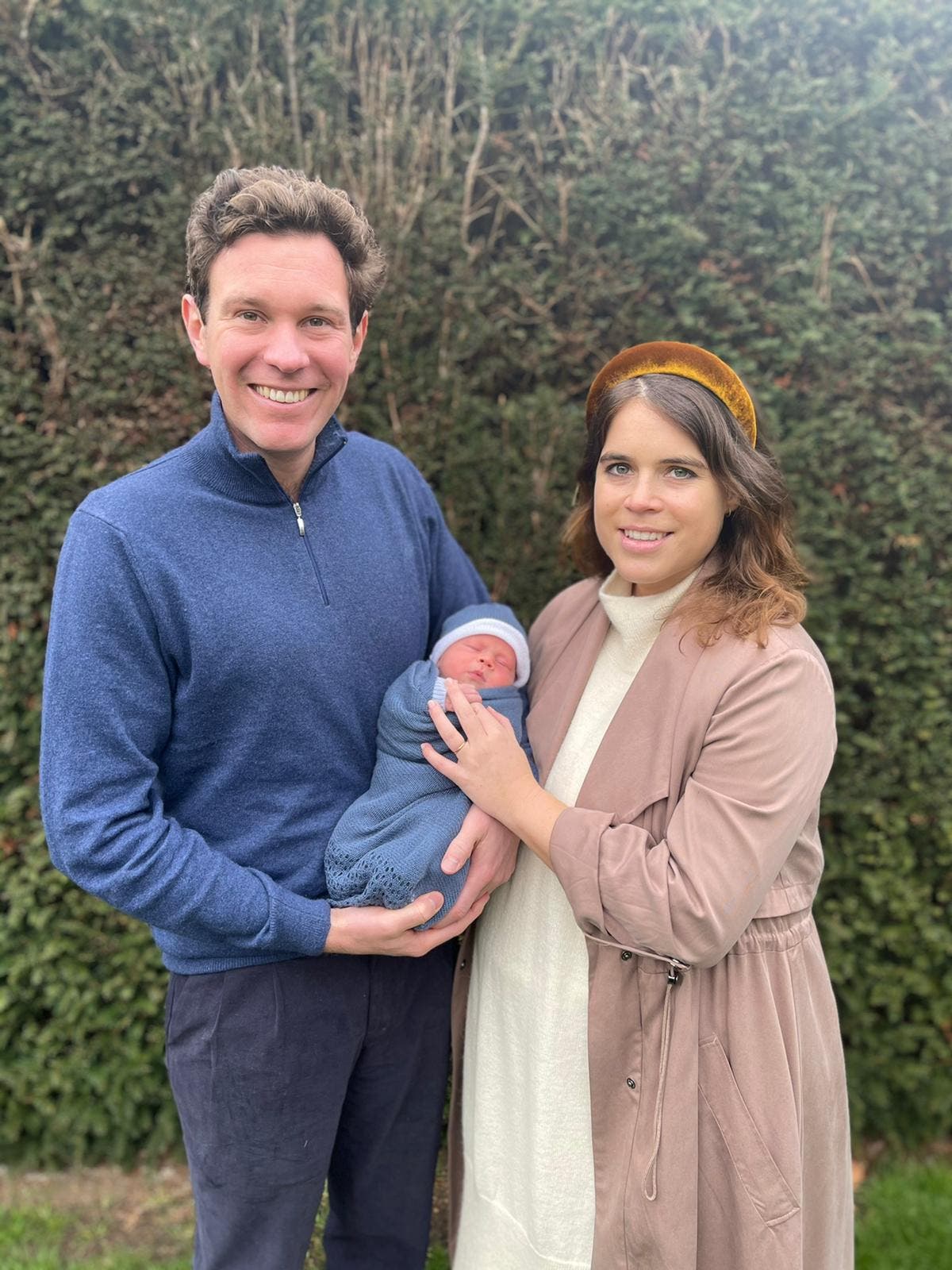 A family photo released through Buckingham Palace shows the couple smiling with their first child.

It is understood the couple chose the name August after Queen Victoria’s consort Prince Albert, who had Augustus as a middle name. Hawke is a Brooksbank family name, and Philip is in honour of Eugenie’s grandfather and August’s great-grandfather the Duke of Edinburgh.

The newest addition to the royal family, who was born at the exclusive Portland Hospital in central London at 8.55am on February 9, is the Queen and the Duke of Edinburgh’s ninth great-grandchild.

The new arrival was born 11th in line to the throne but, following the news a few days later that the Duchess of Sussex is expecting a second child, will move to 12th place.

On the day of his birth, Eugenie, 30, and Jack gave the world the first glimpse of their baby, posting a black and white image on Instagram of their hands cradling his tiny fingers and wrist.

A few days later Eugenie waved from the back seat of a 4×4 with her son beside her in a carry cot, while husband Jack drove them home from the hospital.

Be inspired with the latest lifestyle trends every week

Be inspired with the latest lifestyle trends every week

Following the child’s birth Buckingham Palace said the Queen and Philip were delighted at the news, as were Eugenie’s parents the Duke of York and Sarah, Duchess of York, and Jack’s parents Mr and Mrs George Brooksbank.

The baby will be Mr Brooksbank even though his mother is a princess.

Eugenie and Mr Brooksbank, who is European brand director of Casamigos Tequila, co-founded by the actor George Clooney, wed in a glittering ceremony in the gothic surroundings of St George’s Chapel, Windsor Castle, in front of royal and celebrity guests in October 2018.

Will Boris Johnson be forced to intervene in the royal crisis?

Former soldier stabbed, strangled and battered by abusive partner who was out on bail, inquest hears

Two men in hospital after stabbing and shooting attacks in London

‘We never sulk’: Brussels shrugs off Frost claim of ill-will in Brexit row

Salim to plead guilty until snag in court

‘Will try to start train services before Puja’

Can Someone Hand Me A Tissue Because I’m Tearing Up Over...