Stifling one third-period comeback is a matter of good fortune, but the Rangers cannot expect to have the same luck twice.

However, that’s exactly what the Blueshirts got, when the Devils gifted them a late-game power play that Mika Zibanejad capitalized on to break the tie and secure a 5-3 win Sunday afternoon at Prudential Center. The victory completed the four-game sweep of the Devils, which the Rangers desperately needed in order to hang in the playoff race.

The Rangers carried a 3-1 lead into the third period, but for the second straight game, the Devils buried two quick goals with plenty of game left. On Saturday, the Devils only came within one and never managed to tie it. But this time around, two was all they needed to even the score.

But Devils defenseman Ryan Murray was caught high-sticking Kaapo Kakko, giving the Rangers a timely man-advantage. Zibanejad carried over the birthday magic from Pavel Buchnevich and banged home the game-winner with three minutes left in regulation.

Ryan Strome was then hooked on the way to an empty-net goal and credited with the 5-3 tally.

The Rangers had a scare at the end of the first period, when goalie Alexandar Georgiev had to be helped off the ice and hobbled down the tunnel favoring his left leg. Igor Shesterkin saw 2:19 of ice time to finish the period before Georgiev returned to start the second.

Georgiev was able to finish the game, turning aside 25 of 28 shots.

The Rangers spent a majority of the opening 20 minutes in the defensive zone as the Devils continuously maintained possession. But whenever the Devils made a mistake, the Rangers pounced, as they did the entire series.

With Devils captain Nico Hischier in the box for roughing Jacob Trouba, who was laying on the hits early and drew the ire of his opponents for it, the Rangers power play capitalized. Zibanejad hit Chris Kreider on the doorstep for the easy tap in, which marked a career-high 10 power-play goals on the season.

Later in the period, the Devils committed a turnover in their defensive zone and Brett Howden swooped in on the loose puck before hitting Vitali Kravtsov for the one-timer and his first NHL goal at 14:03. This one counted, after Kravtsov had one taken away in Thursday’s matchup when the play was deemed offside.

Despite having come off the bench cold after Georgiev’s injury, Shesterkin made a big save as Jack Hughes hit a streaking Marian Studenic with seconds left in the first.

Just over five minutes into the middle frame, Alexis Lafreniere backhanded the puck on the rush for the 3-0 score. 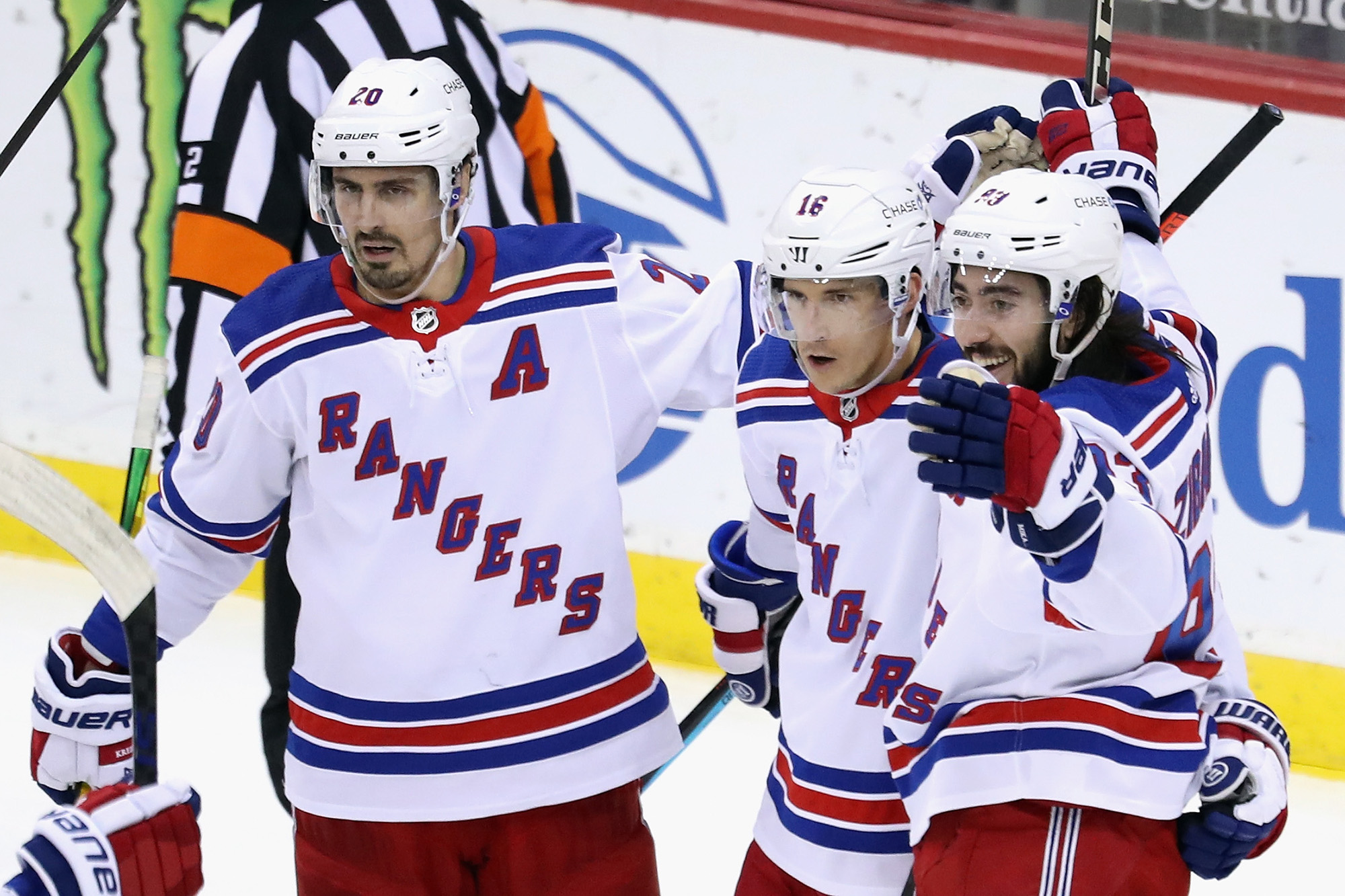 ‘Zoetrope’ Review: And You Thought Your Apartment Was Small?

Nearly 1 Million People Signed Up for Obamacare This Spring

All the details on Adele’s tie-dye birthday dress

Why Ellen DeGeneres is living with Courteney Cox

Lil Nas X Tweeted The Most Out-Of-Pocket Responses To “Call Me By Your Name”...