The shooter himself was then killed when several people fired back to stop him, officials said.

The incident broke out just before 3 p.m. at Jefferson Gun Outlet, a gun store and shooting range in Metairie, just outside New Orleans.

Officials have not yet said what the motive for the shooting was, but according to local station WDSU News, the man had gotten in an argument with an employee who told him he could not bring a loaded gun inside the store.

“We’re trying to put it all together and piece it together with what we have in this developing scene,” Jefferson Parish Sheriff Joseph Lopinto said at a press conference.

One of the store owners, Michael Mayer, told the New York Times that the man was asked to unload his gun before coming inside and then began shooting.

“He became agitated by the request and pulled his gun out of his pants and started firing,” Mayer said. “Our armed and trained employees, as well as some armed permitted customers, returned fire and eliminated the threat.”

The man was identified as Joshua Jamal Williams, 27, a spokesperson for the Sheriff’s Office confirmed to BuzzFeed News.

The Jefferson Parish Coroner’s Office identified the two victims who died as Herbert “Noah” Fischbach, 47, and Veronica Billiot, 59, according to NOLA.com and local station Fox 8. The coroner’s office did not immediately respond to a request for comment from BuzzFeed News.

Fischbach was an employee of the store. His wife of 14 years, Nancy Fischbach, told NOLA.com that he was a loving husband and a devoted father to their 13-year-old son. He also reportedly worked on movie sets as an armorer, instructing actors on how to properly use weapons.

“He was amazing,” his wife said. “Words can’t describe the person he was. He was so genuine, so real, so true. He was my soulmate.”

Fischbach had worked at the gun store for over 20 years, according to a GoFundMe set up by Tina Mayer, Mayer’s wife and co-owner of the store, to benefit Fischbach’s family. “We are a family at Jefferson Gun Outlet and Noah was a very well loved member of this family who will be greatly missed and never forgotten,” she wrote.

Billiot was a mother of three and grandmother of six who worked as a property manager for homes at the naval air station in Belle Chasse, according to NOLA.com. She was the eldest of three sisters, and one of her sisters said that Veronica looked after them as children because their mother was not present.

“She was a very giving person — she looked after her two younger sisters, that’s what she did,” Linda Billiot told the news outlet. “She always made sure we had everything we needed, that she was there to support us for everything.”

Family members of Williams have expressed confusion and doubt over whether the 27-year-old instigated the attack. According to NOLA.com, his mother posted on Facebook that her son “was murdered.”

An anonymous relative told the outlet that Williams had gone to the store to practice shooting at its gun range, but they couldn’t imagine that he would go looking for a gunfight, knowing that police officers and former military members were regular patrons. “That would be a death sentence,” the relative said.

Police declined to comment on the claims of Williams’ family but said that more information would be made public about the shooting in the coming days. 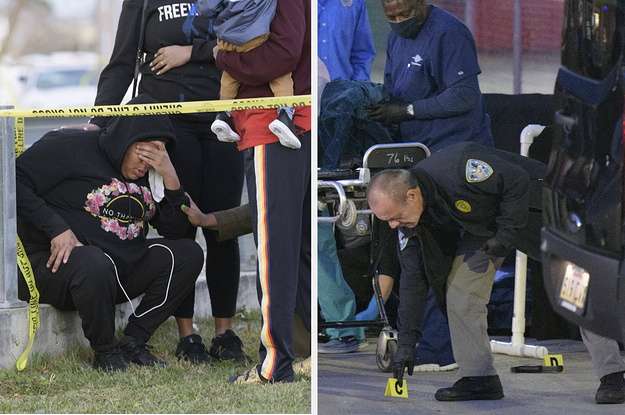 Rain And Jackson Wang Release “Magnetic,” And 5 Other K-Pop Headlines You Need To Read

Aussie music star with 4.7b streams that no one recognises

“Friends” Did A Really, Really Bad Job Handling Serious Subjects, And Here Are 16 Moments To Prove It

Check out some of the best kitchens in NSW

Rain And Jackson Wang Release “Magnetic,” And 5 Other K-Pop Headlines...