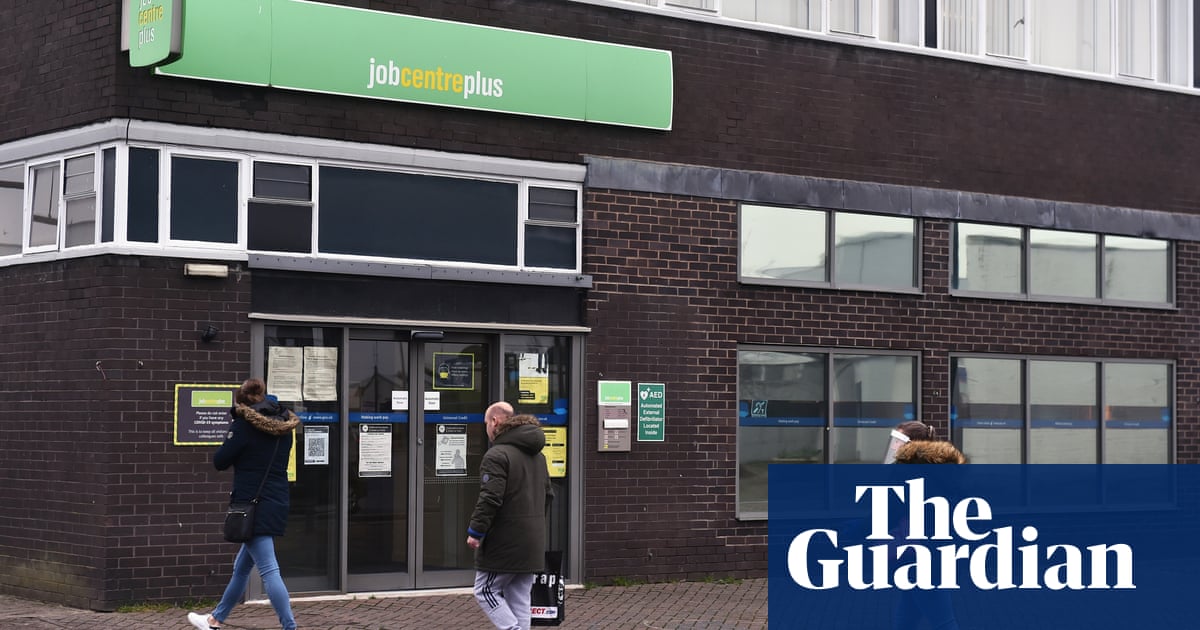 Unemployment in the UK edged higher to 5.1% in December as the government’s furlough scheme continued to prevent a steep rise in job losses in the run-up to Christmas.

With much of the economy still in enforced hibernation, the unemployment rate in the three months to December increased from 5% in November and was up by 1.5 percentage points from a year earlier, according to the Office for National Statistics.

More recent figures from HM Revenue & Customs for January showed that there were 726,000 fewer people on company payrolls in January compared with February 2020, before the pandemic.

Business leaders and anti-poverty campaigners reacted to the figures by warning Rishi Sunak that he must extend the furlough scheme and other measures to prevent businesses from shedding more workers.

Tej Parikh, the chief economist at the Institute of Directors, said: “With restrictions remaining in place over the coming quarters, the chancellor must move quickly to extend the Job Retention Scheme and other Covid-19 economic support beyond the spring.”

The Resolution Foundation, an independent thinktank, said the furlough scheme, known formally as the job retention scheme (JRS) and estimated to be supporting about 4.5 million workers, had proved to be invaluable to many firms, but had not stopped huge numbers of people from losing their jobs, especially among under-25s.

“The importance of the JRS in holding back job losses, coupled with the scale of the crisis facing young people, should be at the forefront of the chancellor’s mind when he delivers his budget next week,” the foundation said.

Figures for January also showed that workers aged 24 and under accounted for almost three-fifths of the 726,000 fall in employment since the crisis began.

UK jobless figures give mixed messages – but the crunch is coming

Black, Asian and minority ethnic employees (BAME) have also suffered disproportionately from the pandemic, with unemployment rising to 9.5% from 8.5% in the last quarter, compared with a 4.5% unemployment rate for white workers.

But HMRC also found that despite the onset of the third lockdown, firms have spent the last two months bringing back some workers to full-time employment.

About 83,000 more people were put back on to company payrolls in January compared with December 2020, signalling that some firms were already taking note of the vaccination programme’s initial success and preparing for lockdown restrictions to ease.

The recent rise in payrolls is believed to be the result of firms bringing back staff from furlough, though millions of workers remain on the government subsidy scheme while their jobs are mothballed.

More than 1 million self-employed people are also understood to be without work, many of them not eligible for state support.

A report by the London School of Economics last month found that one in seven businesses – employing 2.5 million people – might be forced to close by the spring without further support from the Treasury.

Rishi Sunak is expected to extend much of the support on offer to workers affected by the pandemic, but is unlikely to expand the scope of benefits to include all self-employed people.

Thomas Pugh, a UK economist at Capital Economics, said it was likely the labour market will continue to weaken gradually over the rest of this year, even if the furlough scheme is extended beyond the end of April in next week’s budget.

“But a rapid rebound in GDP in the second half of 2021 should prevent the unemployment rate from reaching highs of 8.4% last seen in the 2008 financial crash,” he added.

Stream It Or Skip It: ‘City Of Ghosts’ On Netflix, An Animated Documentary-Style Show Where Kids Find “Ghosts” From L.A.’s Past

Derek Chauvin Trial May Be Delayed Over Court Ruling

Tony Hendra, a Multiplatform Humorist, Is Dead at 79

Your Right To A Better World

Philip moved back to private hospital