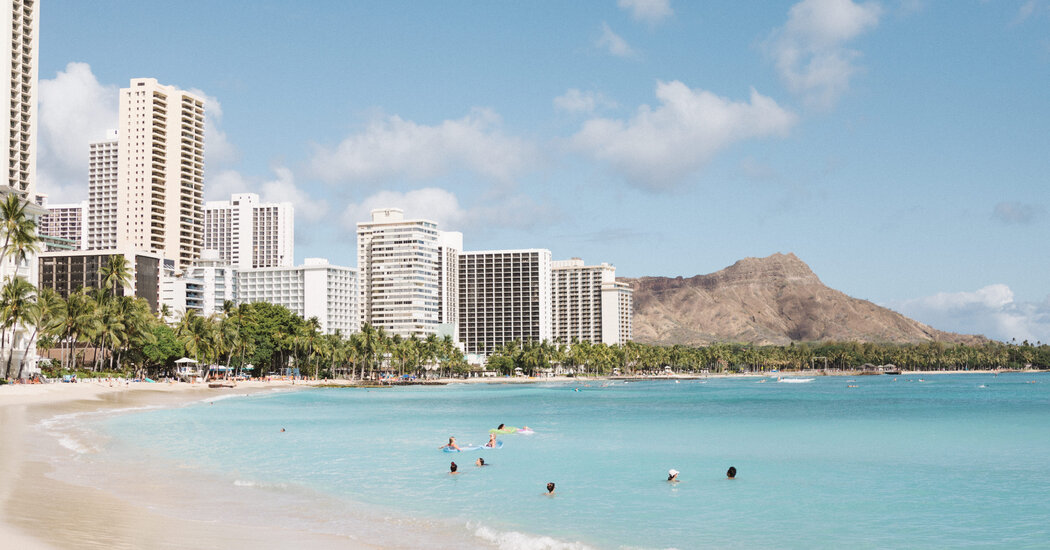 The coronavirus recession has been more severe in Democratic-leaning places than in Republican-leaning ones. Blue states like Massachusetts and California have had steeper job losses, higher unemployment and bigger drops in job postings than red states like Utah and Missouri.

It turns out that most of this partisan gap in economic suffering is because of the different mix of jobs in red and blue places.

The partisan jobs gap has been fairly consistent throughout the pandemic. Employment in blue states fell more in the first two months, and the cumulative employment decline has remained significantly worse in blue states than in red states since June.

The partisan gap in jobs hasn’t gone away because it’s rooted in fundamental economic differences related to job types. The worst job losses have been in the leisure and hospitality sector, and in travel and recreation destinations like Honolulu, Las Vegas and New Orleans.

The sectors with the biggest job losses in the pandemic tend to be located in bluer counties. Across all industries, 57 percent of employed people live in counties that Hillary Clinton won in 2016. Among hard-hit sectors in the pandemic, 59 percent of workers in lodging and food service; 63 percent in arts, entertainment and recreation; and 66 percent in information industries like publishing, film and telecommunications live in counties that Mrs. Clinton won. In contrast, jobs in most sectors less harmed by the pandemic, like utilities, construction and manufacturing, are disproportionately located in counties that President Trump won in 2016.

In other words, redder places had milder job losses, and the relationship is strong. But when adjusted for the local occupational and industry mix, that correlation drops to 0.22.

Other factors that are correlated with partisanship are also systematically related to job losses during the pandemic. Employment has fallen more in larger metros and metros with a higher cost of living — perhaps as people move away from cities, possibly to more affordable places, or as businesses struggle where rents and local wages are higher. Add in metropolitan population and cost of living alongside job mix to the analysis, and the correlation between employment change and vote margin falls further to 0.17.

So that means more than two-thirds of the partisan gap can be explained by local job mix, size of the population, and cost of living. These factors explain most of the partisan gap in other economic measures, too, like the rise in unemployment and the drop in job postings on Indeed.

The relatively small partisan gap in economic outcomes that remains could be a result of differences in restrictions or in individual behaviors. Throughout the pandemic, there have been clear partisan differences in concern about outbreaks, mask wearing and social distancing. Research suggests that individual choices contributed more than lockdown policies to declines in economic activity, and places that imposed few restrictions still lost jobs.

The coronavirus recession is unusual in that services employment (like at restaurants) has declined more than goods-sector employment (like at factories). All other recent recessions have hit goods-related industries worse, which tend to be more concentrated in Republican-leaning places.

Longer-term government projections point to a far different picture. Faster employment growth is expected in sectors that are concentrated in bluer areas. But the higher cost of living in blue areas might be a drag on growth if, post-pandemic, more people continue to work remotely and some move to more affordable regions. Still, the future looks far more promising than the present for blue states’ economies.

When an Actor Calls With a Poem to Share

Watch out of control boat smashing into docks

When the Romance Ends, but the Brand Goes On

What is The Weeknd wearing at the Super Bowl halftime show?

Men more vulnerable to Covid-19? 70% +ve patients in UP are males

A Creek Overflowing Through The Limbayat Zone Erupted | ABP Asmita

Sarah Hyland Dyed Her Hair Crimson Red, And She Looks So...