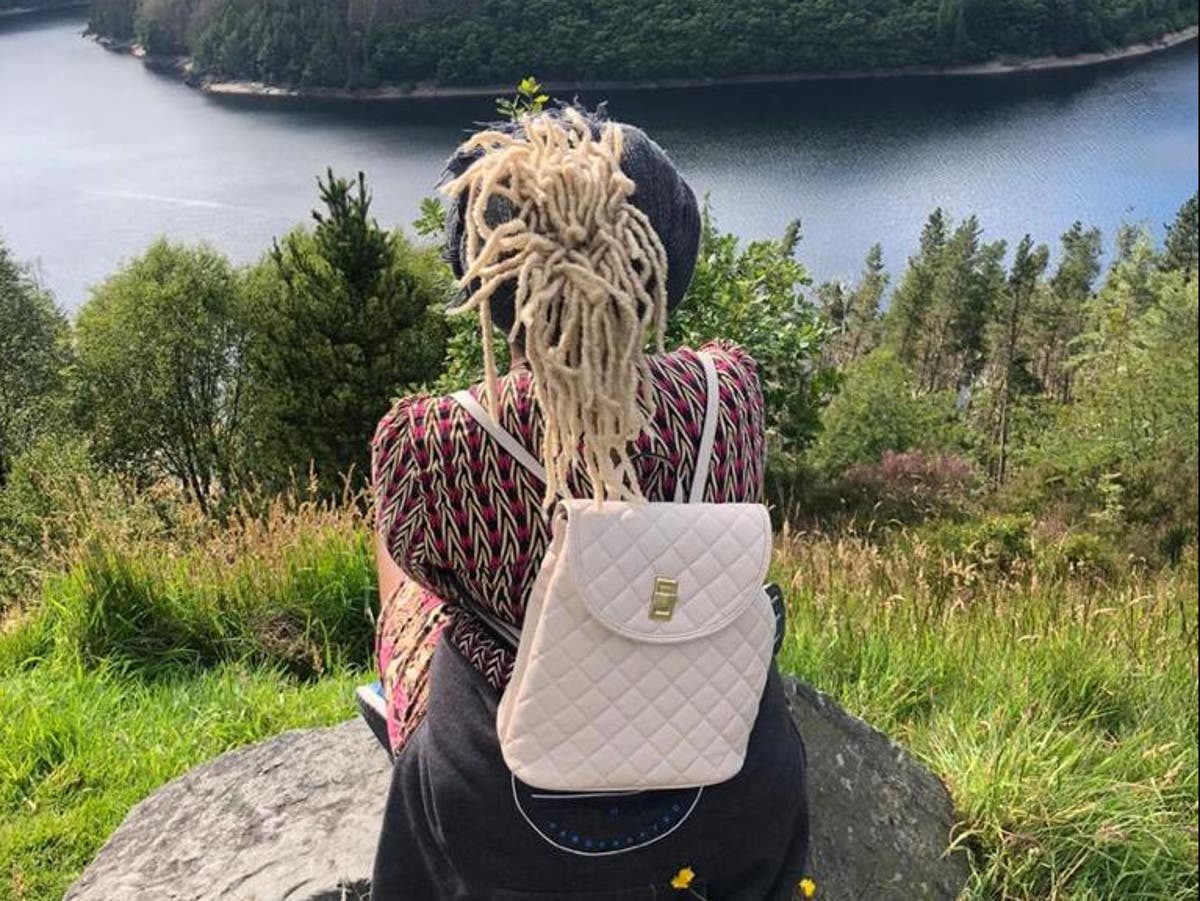 A woman says she was evicted from her asylum accommodation and forced to leave with no alternative housing provision, prompting concern about the rules being enforced in hotels managed by Home Office contractors during the pandemic.

The asylum seeker, from Uganda, was told she no longer had a room at the Holiday Inn in Wembley last Monday evening on the grounds that she had been absent from the hotel for more than 24 hours – which she denied – and had to leave in sub-zero temperatures, her lawyer said.

The Home Office says it has had to use hotels as a contingency measure due to a shortage of housing for the asylum seeking population, which has increased during the pandemic as delays have built up in the system. The hotels are managed by private firms contracted by the department.

The department told The Independent that any asylum seeker who is absent from their accommodation for 24 hours will reported as an absconder in line with current Covid-19 restrictions.

Lawyers have questioned the legality of this rule, highlighting that there are numerous exemptions to the stay at home provisions and that, even where an asylum seeker does breach coronavirus rules, the law does not dictate that this should lead to a termination of their accommodation.

A charity intervened and paid for the woman to sleep at a nearby hotel that night. The following day, the woman contacted Migrant Help – which is contracted by the Home Office to provide asylum support – and after about eight hours she was able to move back to the Holiday Inn.

But the woman, who has been living in the hotel since October, said she had been left traumatised by the experience and was now fearful that she could be subjected to the same treatment again.

The Independent is aware of a number of similar cases in which asylum seekers have been forced to vacate hotels due to an alleged period of absence, and have been able to return only when charities or lawyers have intervened.

The Ugandan national, who is claiming asylum on the basis that she is gay and faced persecution in her home country due to her sexuality, told The Independent she returned home from a walk at around 8pm on Monday to find that the key to her room no longer worked.

“I went down to the reception and I told them my key wasn’t working. They said ‘Yeah, we’ve packed your things because you’ve not been here for 24 hours’. I was shocked. I had slept there the night before,” said the woman, who has not been named to protect her identity.

“They said they came to my room several times and I was not there. I go for walks. I don’t stay in my room from morning to night. I have depression. I can’t stay inside for the whole day.”

The woman said the staff told her they had written to the Home Office to inform them that she was not present, and that they were instructed to evict her from the room.

“They have my mobile number but they didn’t even phone me to check. They packed all my things: my medication, my underwear,” she added.

A Home Office spokesperson said the woman had not been seen in the hotel for 24 hours and could not be contacted on her mobile phone, and that staff at the hotel informed her that she would need to contact Migrant Help for her booking to be reinstated.

On being told to leave the hotel, the woman contacted charity Women for Refugee Women. Sarah Cope, who is campaigns and research officer at the charity, said she spoke to staff at the hotel on the phone.

Ms Cope told The Independent: “I reasoned with them that they had no reason to kick the woman out. I was told that she wasn’t the only person they were evicting that night. I could hear in the background absolute chaos as the other people who had been kicked out presumably remonstrated with staff.

”One staff member told me, ‘there are 10,000 people rioting in barracks who want a hotel room’. The staff members reiterated that they were just following the orders of the Home Office.

“It’s nonsense that Migrant Help would have been able to resolve it at that time in the evening, particularly seeing as it took eight hours to resolve it the following day.”

Ms Cope said that after being unable to reason with the hotel staff, Women for Refugee Women decided to pay for the woman to sleep in a nearby hotel that night.

A spokesperson for Clearsprings Ready Homes, the company contracted by the Home Office to run the hotel, told The Independent the woman left the hotel “of her own accord” and “when referred to the appropriate process for re-admission, was once again accommodated”.

Ms Cope disputed this, adding: “As a charity, we are used to seeing the Home Office treating asylum seekers appallingly, but this really was a particularly extreme example of their callousness.”

The woman’s lawyer, Maria Petrova-Collins, solicitor at Duncan Lewis Solicitors, who had been preparing to intervene in the case before her client was able to return to the hotel, said it was “not an isolated example”.

The Ugandan woman said that before Women for Refugee Women offered to pay for her to stay at another hotel, she thought she would have to sleep on the streets.

“Even when I was in the new hotel, I was so on edge I couldn’t even sleep the whole night. My head was spinning. I was thinking, what’s going to happen to me, where am I going to go? Even if the charity could help me for a night I was thinking, where will I go after this?

“It brought back very bad memories. In Uganda I was homeless – me and my siblings. I’m dealing with a lot of things anyway. This has all made me feel so nervous.”

In another case, a man was told to leave a hotel in Birmingham last September on the basis that he had not been there for two days – which he denied was the case, according to local organisation Birmingham Refugee and Asylum Seeker Solidarity (BRASS).

A volunteer from the group said they came across him outside the hotel with his possessions in a bin bag. They said the key to his room no longer worked and he had been told he could no longer stay in the facility.

The organisation intervened and contacted charity Asylum Matters who proceeded to contact Serco, the Home Office contractor that runs the hotel. Within several hours, it was decided that the man could remain in the hotel.

A spokesperson for Serco declined to comment but informed The Independent that decisions about whether people receive asylum support were made by the Home Office, not Serco.

Isabella Daly, a member of BRASS, said the organisation had witnessed a number of cases where asylum seekers had been evicted “without warning, explanation, or any regard for their personal safety”.

“These evictions have generated a culture of fear within the hotel and had a negative impact on residents’ mental health,” she added.

Clare Jennings, of Mathew Gold solicitors, said it was potentially unlawful for people to be evicted from asylum housing for allegedly breaching coronavirus rules based simply on them being absent for 24 hours, as there are numerous exceptions to the stay at home provisions.

She also pointed out that breaching Covid-19 rules is not included among the reasons asylum housing provision can be terminated under the law, and that where there is proven rule-breaking, the coronavirus regulations provide for sanctions in the form of fines and criminal prosecutions.

Paul Hook, director of Asylum Matters, called for a “clear, transparent and consistently applied” national policy that provides safeguards so that “no one is evicted onto the street, especially during a pandemic”.

It comes after lawyers took legal action against the Home Office over “curfews” some asylum seekers are being subjected to in hotels, which they argue are unlawful as they amount to false imprisonment and deprivation of liberty.

Matthew Gold solicitors says asylum seekers in at least 11 hotels have been subjected to restrictions on how long they can spend outside the hotels, with some told they may only leave for one hour per day.

A Home Office spokesperson said: “The UK government has a statutory duty to provide asylum seekers who would otherwise be destitute with support and accommodation. They are provided with safe, warm, secure accommodation with three nutritious meals served a day  – all paid for by the British taxpayer.”

Dinosaur found in Argentina could be oldest titanosaur ever discovered

Germany adds over one thousand new words to pandemic lexicon

Brazil variant: Sage adviser warns ‘we might have to go backwards’ after lockdown opening

Payal Ghosh thanks Kangana Ranaut, Roopa Ganguly for support: ‘We can together bring…